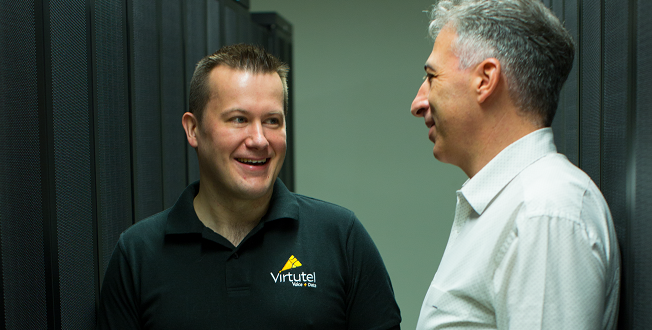 Establishing carrier voice interworking arrangements nationally is typically a long, complex process because it requires every other major Australian carrier to condition their voice network to accept a carrier’s numbers. For Virtutel Managing Director David Allen it was an important part of his strategy for the company.

“We want to have control over the destiny of our voice services, and becoming a full national voice carrier gives us that,” he said.

In part, the move was driven by changing market dynamics in which Over-The-Top (OTT) applications are capturing a greater share of ICT revenues. “We are responding to competitive pressures from new players to some degree but, more important for us, is the opportunity to add value for our customers,” David said.

“We are challenging the notion that voice is dying out. We can now expand our portfolio with new voice solutions that complement the data services we supply to our customers.”

The establishment of Virtutel’s national voice connectivity arrangements mark the latest milestone in a journey that started for David and his team almost three and a half years ago.

“There is a lot that goes into establishing full carrier to carrier voice interworking arrangements. It is a mixture of commercial and technical development. We had lengthy discussions with every other major voice carrier in Australia because they have to condition our carrier access codes on to their voice network in order to recognise our number ranges,” David said.

The Telstra Wholesale team worked closely with Virtutel from the beginning of the process in order to establish access to Telstra’s voice network.

“It was a huge learning process for me,” David said. “But there are people in Telstra Wholesale who know everything there is to know about how networks and carriers function. I spent a lot of time with them, soaking up as much as I could and educating myself on the vital minutiae of carrier to carrier network operations. It meant I could go into discussions with other carriers understanding what we needed to do to create successful outcomes,” David said.

“This is not something that all our customers try to do but we knew it was important to Virtutel, so we did everything we could to support them. We are just as happy as David to see the project come to fruition.” Cosmo Galatis, Virtutel’s account manager at Telstra Wholesale said.

Testing of the network to network solution for inter-carrier voice access was successfully completed in February this year. David says that Virtutel is now in a position to launch a range of new voice services for its customers around the country.

“We are looking at Unified Communications as a Service and video conferencing, and we also have plans for IoT (Internet of Things) services. There’s an opportunity to bond traditional telephony with machine-to-machine communications for hybrid IoT solutions.” Such solutions can include services that deliver voice feedback from agriculture sensors for farmers. David and his team say that they are also considering extending the capabilities of those applications to include text message functionality, further enhancing the end-user experience.

Demand from Virtutel’s customers is already strong. “We have lots of existing customers waiting to get involved. But there are also new customers who have been in touch with us and who are watching it carefully.”

“We believe that there will still be business applications using fixed line telephony for a long time because of distinctly Australian factors such as topography or mobile coverage in very remote areas,” he said.

“Voice isn’t going away any time soon because the demand is there. We are looking forward to working with our customers and partners such as Telstra Wholesale to grow our product portfolio to meet that need.” he said.

Find out more about Virtutel here.