Information for you and your customers

Information for you and your customers 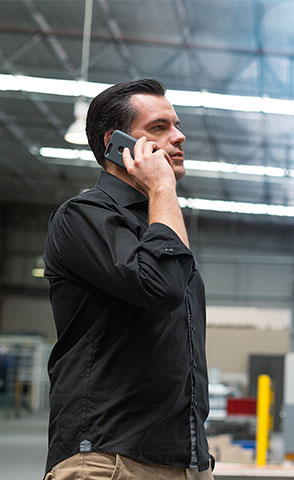 As a result of this change, you may have customers on the Telstra Wholesale network using 3G only or non-VoLTE capable 4G devices, you will need to transition them to a device that operates on our newer technologies.  We acknowledge a change like this has an impact on you, which is why we are letting you know about the switch off at least four and-a-half years before it takes place.   We will work with you over this long lead time to make sure the transition to newer technologies is as seamless as possible.

We are working towards expanding the 4G network so its coverage is materially the same as 3G coverage today. We know maintaining existing coverage is important for your customers and the communities they live in, and visitors to regional areas, so that why we’ve made our 4G coverage commitments.

We use the term ‘materially the same’ instead of ‘exactly the same’ when it comes to coverage as there are several variables which influence the coverage delivered by different mobile technologies at mobile sites. These include the spectrum (frequencies) used, the types of antenna and their placement and the quality of the mobile phone or device (some devices have better reception than others). Geography and topography also influence coverage.

Overall we are confident that areas that have 3G coverage today will have 4G coverage before June 2024, but it is possible there will be some coverage variation at edges of our network, as the coverage fringe might be extended in some areas and reduced in others. For example, if a section of a highway has 3G coverage today it will have 4G coverage before closure. What we can’t guarantee is that this matching will be achieved at every kilometre of the highway, but the vast majority should be covered. Conversely it is possible that there will be locations that may end up with coverage on 4G that they never had with 3G. Thus ‘materially the same’ is the best way we can frame our intention to match existing 3G with 4G while also recognising that the inherent variability of wireless technology will always mean coverage footprints can’t be identical.

Our 3G network will continue to be operational until the 30th of June, 2024. No 3G coverage will be removed prior to the closure of the 3G network in June 2024.

The quality of coverage following the closure of our 3G network will be at least equivalent, and in most cases superior to our current 3G coverage. 4G is capable of providing faster speeds (where backhaul capacity is available).

The quality of coverage following the closure of our 3G network will be at least equivalent, and in most cases superior to our current 3G coverage. 4G is capable of providing faster speeds (where backhaul capacity is available).

We will support you through the transition

We want to work with you to ensure you are supported during the exit of our 3G network. We will be providing regular updates to our Wholesale customers from now until the closure in mid 2024.

We are here to ensure you have as much support as you require from Telstra Wholesale and we will assist you in any transition required.

Appendix:
List of Telstra Wholesale Products impacted by the exit of the 3G network:
Back to top