Roads: Can they be replaced with digital technology? 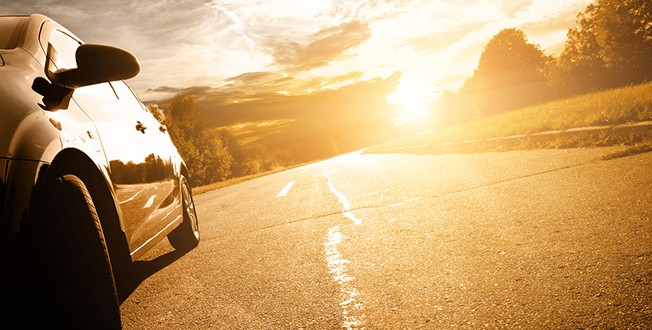 We tend to think of the digital world being a complement to the physical world. Broadband, mobile Internet and social networks enhance our daily existence, but we still need roads to get to work, visit the doctor, etc. But is it possible that in the future we can replace roads with digital technology?

It sounds far-fetched but Telstra graduate recruit Arjun Jayachandra and I examined this proposition and came up with a very surprising result.

Australia's population is predicted to grow from 23.5 million in 2014 to 37.6 million in 2050. If we continue to build and operate roads as we do today we are likely to need about two and a half times more road capacity in 2050 than we have today.

However, we found that the combined impact of technology adoption over the next 35 years can result in us requiring about the same road capacity as we have today, despite the 60 percent increase in population.

So what are the technologies that lead to this result? Firstly the sharing economy (Uber, GoGet, etc) may play a part in reducing car ownership. Also, widespread high speed broadband could enable us to create immersive solutions for telecommuting leading to an increased adoption.

The biggest impact will come from Autonomous Vehicles (AVs) which would allow us to pack cars much more tightly onto the roads. We believe that the adoption of self-driving cars will be much more rapid than people suspect.

They should start to appear in about 2020, but my expectation is that governments will very quickly realise that they need to make them mandatory to help overcome the statistic that 90 percent of road accidents are caused by human error. AVs are predicted to save about 1,000 lives per year in Australia and also avoid 45,000 people going to hospital as a result of fewer car accidents.

By the end of the next decade there is no reason why all vehicles should not become autonomous after-market kits will be available and affordable for existing cars.

What do you think? Would you let an AV drive you and your family around?

The full details of our work can be found at the US Studies Centre website.

Dr Hugh Bradlow's career reflects his passion for the advancement of information and communications technology and its role in creating a better society. He is a recognised global leader in telecommunications technology, including being named by Global Telecom’s Business in the top 100 most powerful executives in the global telecoms Industry two years in a row, and by Smart Company as one of the 12 most influential people in Australian ICT. His night time job is providing technology support and tuition to his three children and his teacher-psychologist wife who treats all technology failures including user error and finger trouble on her part - as his personal responsibility.