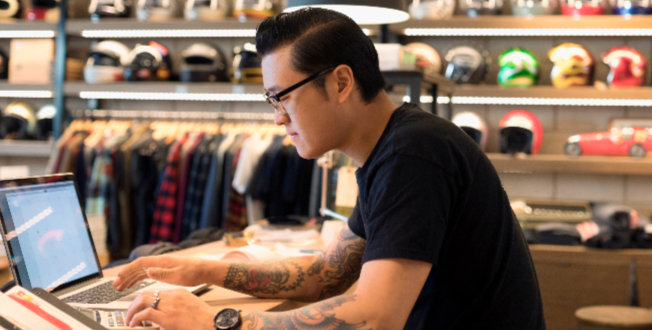 Business customers are buying their ICT very differently, seeking performance over price. Telstra Wholesale customer James Linton, Sales Director of Exetel, tells us how his business has seen the change and capitalised on it.

We hear a lot about Australian consumers’ insatiable appetite for data. Cisco predicts data demand will increase 20 to 30 per cent cumulatively over the next couple of years. The fast rate of growth is often attributed to the popularity of media streaming and video applications.

Yet small and medium businesses (SMBs) are also consuming data in rapidly growing amounts. Unlike consumers, small businesses are not burning through their data with Netflix binges. In fact, there is something deeper and more interesting shaping the SMB IT market.

On the surface, the explanation is simple. More aspects of business are being conducted digitally, with marketing (conducted through websites and social media platforms), back office functions, and customer relationship management systems as prime examples. As SMBs are doing more online, they are increasing their use of cloud-based applications.

The average link that Exetel sold in 2014 was 20mbs. It is now 100mbs, a five-fold increase in less than four years

“Every second conversation I have with customers is about moving to the cloud”, says James Linton of Exetel, an ICT provider with thousands of SMB customers. “SMBs aren’t big consumers of video, but they are big consumers of their own data and the impact of software-as-a-service (SaaS) can’t be overstated.”

The interesting part is how the owners and leaders of these businesses are reacting to the move to digital, and how the buying behaviours are changing to reflect that.

Business leaders have fast internet connections at home and on mobile. They expect the same in their workplace

As James explains, “historically customers primarily base decisions on cost. They wanted to pay as little as possible for the minimum viable service, especially at contract renewal time”.

As ordinary consumers, business leaders have fast internet connections at home and on mobile, so they expect the same in their workplace. However, with applications now residing in the cloud, SMBs are saturating links faster than ever before, which increases the potential for performance problems.

Even company owners and directors who are not technically-minded are coming to understand the effect that high capacity, high performance connectivity can have on productivity and competitiveness.

James says he is seeing the traditional approach of driving down on costs making way for a more forward-looking mindset that prizes quality of service as well as the value.

The perception of technology among SMB leaders is changing from a cost centre to a critical enabler that powers their business. This is supported by a 2016 study that showed 61 per cent of small business leaders view technology as a way to run their businesses more effectively and improve their outcomes.

As a result, owners and directors are looking at how they can use IT to make their operations better prepared for the future. Their buying decisions are changing to support that vision. The same SMB Group study found that nearly half of respondents from small and medium enterprises planned to increase spending on technology solutions.


“The mindset among our customers has really shifted. They want the best bang for their buck, not just the lowest possible monthly bill" James Linton, Exetel

James says the average link that Exetel sold in 2014 was 20mbs. It is now 100mbs, a five-fold increase in less than four years. “The mindset among our customers has really shifted. They want the best bang for their buck, not just the lowest possible monthly bill. They want to explore other ways to deliver better performance, for example by purchasing direct connections to cloud service providers, or easier management of multi-cloud environments through solutions such as Telstra Wholesale’s Cloud Access.”

“Exetel is thankful for its partnership with Telstra Wholesale. As many of our SMB clients aren’t based in major CBD areas, we are able to utilize Telstra’s extensive network to reach our customers in every nook and cranny of Australia. Historically it has been hard to provide site information to our end customers about what is available, but over the last three years, the systems and tools (such as their Quote2Activate product) provided to Exetel from Telstra Wholesale has helped our team provide more than 90% of our new orders via Telstra Wholesale.”

The nature of SMB IT buying decisions and the conversations Telstra Wholesale customers are having both show that business leaders are taking an increasingly sophisticated approach to their ICT needs and dedicating more time and resources to ensuring their technology can be a competitive differentiator. With SMBs accounting for 97 per cent of all Australian businesses, producing over $379 billion annually, and employing 4.7 million Australians, the scale of the opportunity for service providers to meet the needs of these sophisticated and ambitious business leaders is vast.