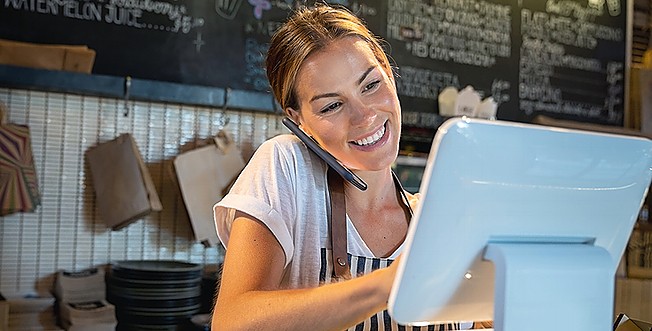 In a world of rapid change, the ability to thrive requires constant adaptation. And fewer industries have evolved - and grown - so rapidly over the past few years as mobile.

Some might think we have already reached peak mobile, that we couldn’t be more attached to devices, but that’s not true.

Despite the mobile services being ubiquitous, our reliance on our devices continues to increase.

Mobiles have increased their dominance when it comes to entertainment. Forty percent of consumers play music on their phones regularly compared to 33 per cent in 2018, with a consistent uplift across all age groups. The numbers of listeners to podcasts on mobile is also increasing year on year. And mobile continues to be the preferred device for Australians to play games.

These trends in our mobile behaviours are behind our ever-increasing demand for data. Data downloads in Australia jumped by almost half (45 per cent) in the year to 2018. Average data allowances for prepaid mobile phone services increased by over 150 per cent to 11.5GB per person, according to the ACCC.

This is all without considering the expected uptake of technologies such as augmented reality or machine-to-machine connectivity, which will increase the demands on mobile networks even further.

MVNOs at the centre

MVNOs play a key role in the global mobile market as well as being a major part of the vibrant market here in Australia.

The analyst firm Venture Insights expects the global MVNO share to nearly double between 2018 and 2025 from US$60bn to US$114bn, at a compound annual growth rate (CAGR) of eight per cent. While MVNO share of market is smaller in Asia-Pacific than in Europe or the US – 13 per cent compared to 39 and 37 per cent respectively – the segment’s growth in Australia is still impressive compared to the wider market.

MVNO subscribers in Australia have grown by 10 per cent from 2011 to 2018 to make up 13 per cent of the total mobile market (excluding M2M or IoT). That’s about three million users. By contrast, Mobile Network Operator (MNO) subscribers rose by around one per cent CAGR over the same period.

Upgrading our platforms to support growth

At Telstra Wholesale we are witnessing the growth firsthand. We have more than doubled our base of services in operation in the last three years on our Wholesale Mobile Evolution platform.

Such growth is not without challenges and, as part of our commitment to the wholesale mobile segment, we are investing in a significant upgrade of the Telstra Wholesale Mobile Solution to increase capacity and improve network resilience.

We don’t undertake platform upgrades and migrations lightly as we understand our customers’ concerns about potential disruption. However, we also understand the drivers behind the evolution of networks means this is not a choice, it is a necessity.

Our program will create a new platform to support our customers’ long-term growth and create new possibilities. It’s an exciting time and we are looking forward to working with customers to ensure this next stage of our mobile network evolution goes as smoothly as possible.