Why Conflict in Business Is Good

Why conflict is good for your business

In diverse organisations, there will inevitably be disagreements. But when businesses embrace conflict rather than avoid it, it can be used as a tool to drive even greater innovation.

At the recent Telstra Wholesale Market Connections Forum event, Chief Operations Officer Robyn Denholm, said that when channeled appropriately, conflict can drive your business forward. The key, she argued, is seeing conflict as an opportunity rather than something to be avoided at all costs.

“At some point, you’ve got to stop the debate and move on. But not having the debate is actually quite dangerous,” Robyn Denholm

“I actually think conflict is great. I don’t mean yelling and screaming, abusive type conflict. I mean constructive conflict, where you actually debate an idea or go backwards and forwards to find the best way to iterate it,” she says.

“At some point, you’ve got to stop the debate and move on. But not having the debate is actually quite dangerous.”

Avoiding conflict is often considered essential to creating a comfortable working atmosphere. But this implies that all conflict is negative, which is not necessarily the case. In many instances, the bringing together of starkly opposing views challenges businesses to consider other outcomes and formulate creative solutions.

Robyn has made a career of leading strategy within some of the world’s most innovative companies, such as Juniper Networks and Sun Microsystems, and is a board member at lead motor industry disruptor Tesla. She says that while she has encountered conflict-averse business environments, engaging in healthy disagreements and drawing out conflict is “actually a skill set” while stifling challenging conversations can be an intellectual dead-end.

However, she did advise that embracing conflict does require specific communication skills.

“Sometimes you have to have the discussion outside of the room so you're teasing out those ideas because not everybody has the same appetite to dive into a conversation,” she says.

Gathering together employees from a diverse range of backgrounds gives your business a greater opportunity to think outside the box and deviate from stagnant ways of thinking.  A 2015 study by McKinsey and Company in the U.S. found that ethnically diverse businesses were 35 per cent more likely to have financial returns above national industry medians, and gender diverse businesses 15 per cent more likely to outperform less diverse companies.

This potential for innovation is why Ms Denholm values lively disagreements in the workplace.

“I have a fundamental – and it’s evolved over the years – but a fundamental belief that if you put different people with different experiences around the table, you can actually create something different, a different outcome,” she says. 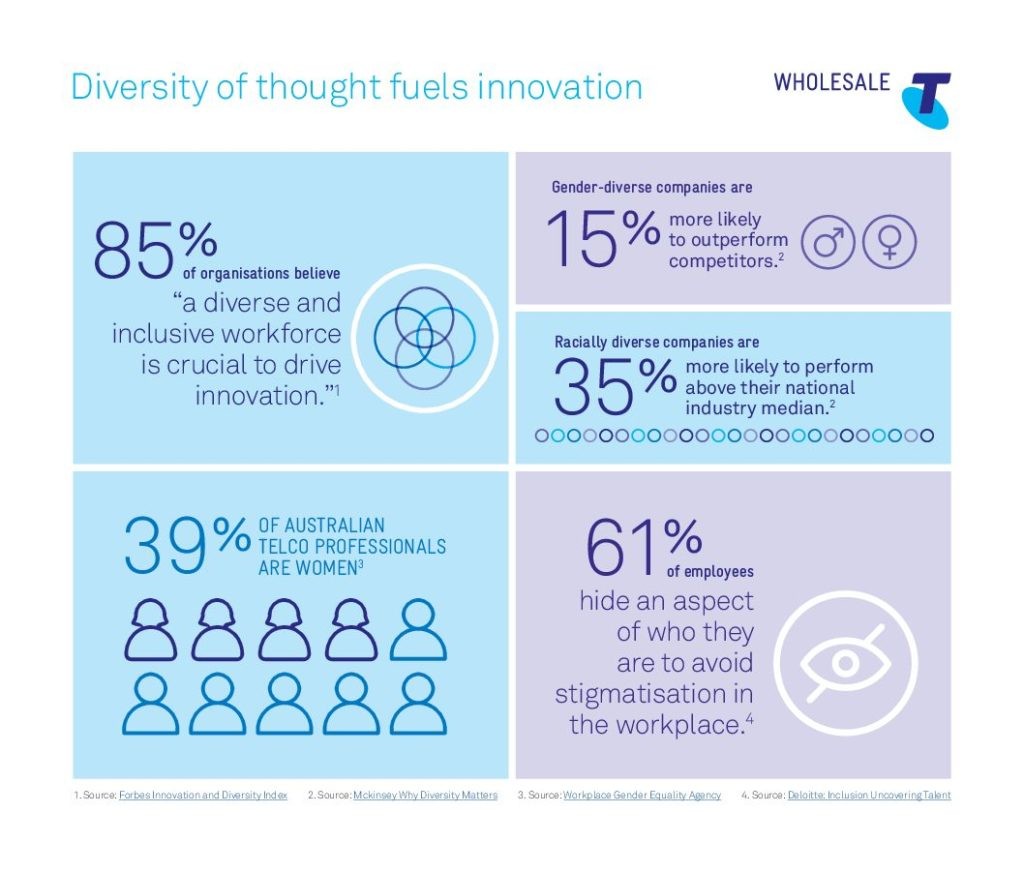 This means that embracing conflict can result in a more challenging and dynamic work atmosphere while avoiding it can lead to a toxic business environment. Businesses thrive when their employees have their assumptions challenged.

“If you are faced with the same problem and you’ve got the same background and the same thinking, you'll normally try and solve the problem the same way,” Ms Denholm argues.

By encouraging multiple voices to express diverse viewpoints, even if those views contradict each other, businesses have a greater ability to disrupt stale ways of thinking and to shock themselves into considering new methods.

What you need to know: